Real Estate Investment and Citizenships in Turkey for 2022

Real Estate Investment and Citizenships in Turkey for 2022

The Turkish investment property market is a market with highly active active sales. Real estate investors in Europe, America and the Middle East prefer to buy houses, especially in Istanbul and many other popular centers of Turkey. The latest figures are quite high. In a very short time, even within a few months, real estate sales were made to nearly 500,000 foreign investors. 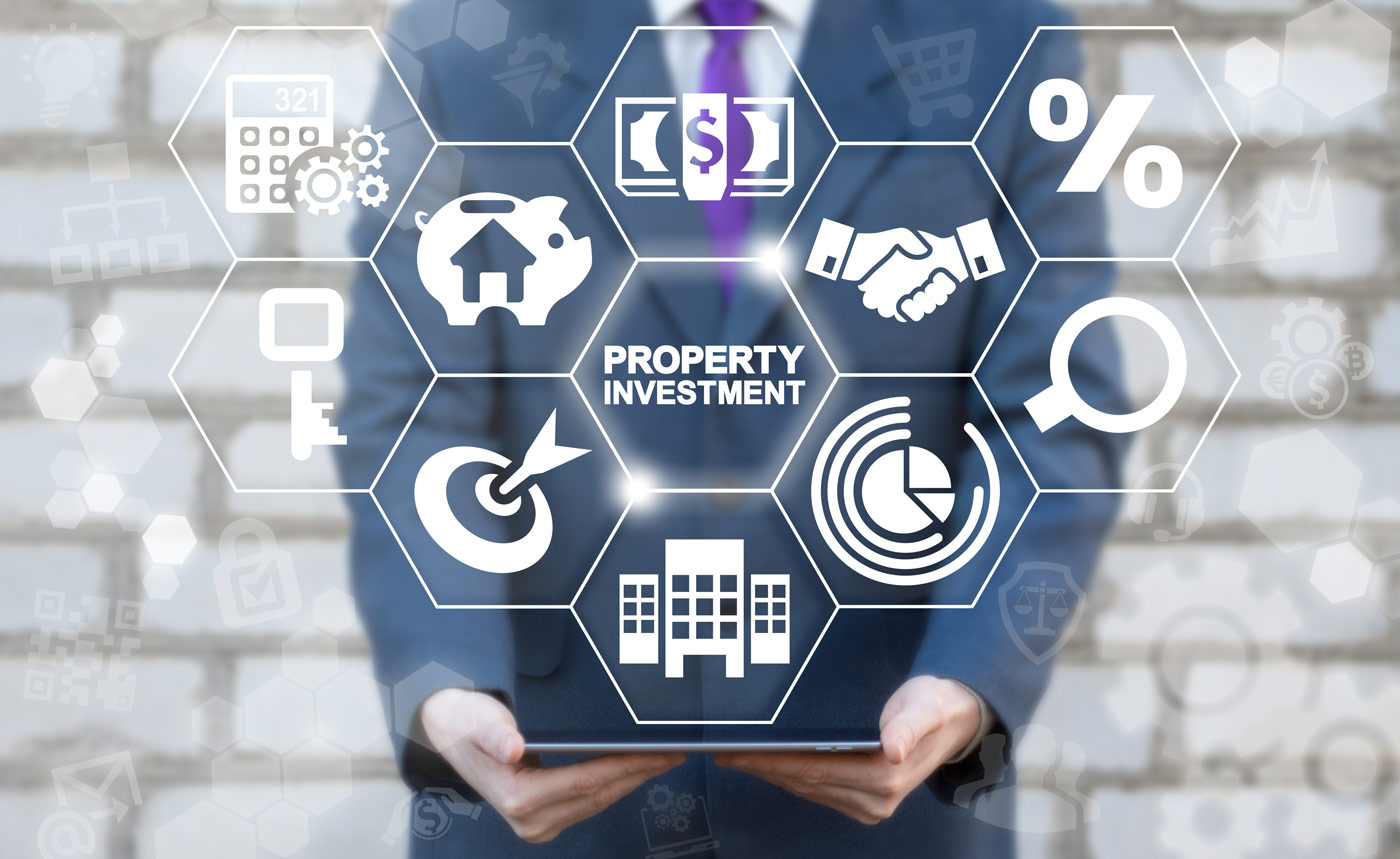 According to TUIK statistics, house sales to foreigners increased by 78.4% in 2018 compared to the previous year, while 39,663 house sales to foreigners were over 45 thousand in 2019 and 40 thousand in 2020. In 2021, with the decrease of the effects of the Covid pandemic, this statistic has exceeded 58 thousand. In this way, 3.9% of the total house sales were realized in the form of sales to foreigners. With the new regulation, it is aimed to evaluate the increasing demand more effectively, to increase the demand for Turkish Lira considering the exchange rate fluctuations experienced in Turkey in recent months, and to support the CBRT's foreign exchange reserves. (vizyongd.com)

Although cities such as Istanbul, Antalya, Aydın, Ankara, Bursa, Izmir, Yalova, Mersin, Sakarya, Samsun and Trabzon come first among the provinces where foreigners prefer to buy housing in Turkey, Istanbul and Antalya continue to be at the top of the list.

While Antalya was the province mostly preferred by foreigners in 2013-2014, it is understood from the chart above that Istanbul was the first preferred province for foreign investors in the following years. However, despite the fact that the sales of housing to foreigners have slowed down partially in the pandemic year, that is, in 2020, it is seen that they are at their peak in 2021. The reason for this is the increase in the exchange rate and the increase in the purchasing power of foreigners in the face of foreign exchange. In addition, rental-guaranteed property sales in branded projects have also created an attractive opportunity for foreigners. In 2021, Istanbul is in the 1st place with a share of 42% (26,469 units), while Antalya is in the 2nd place with a share of 23% (12,284 units). Foreigners bought 4 out of every 100 houses sold in the last year. This rate was 1 in 2014. While the rate of home ownership of households in our country was 59.3% in 2014, it decreased to 55.7% in 2020. In other words, the houses that foreigners do not buy are bought by the households that already have a house. 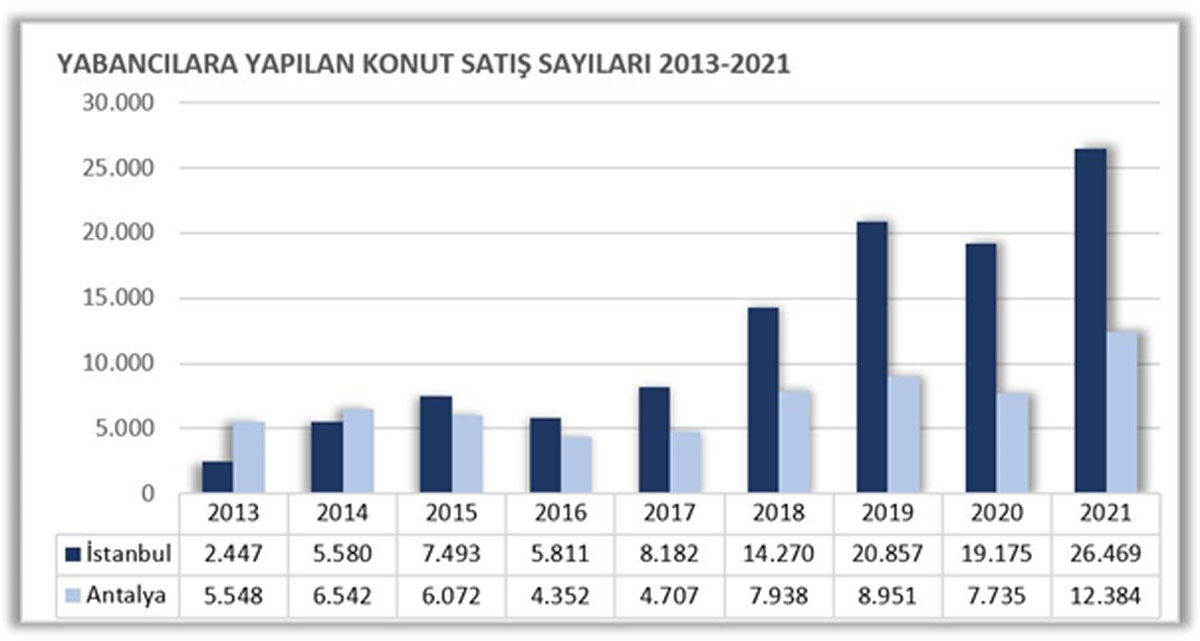 According to Turkish statistics, recently, Turkey has seen a great demand for buying real estate from foreign investors across Turkey and Istanbul for various reasons, including real estate investment, especially housing and stability.

Why Are Real Estate Investments and Acquisitions Attractive in Turkey?

The government gave its strong support to the real estate sector as it is the main engine of the Turkish economy. Thanks to these supports, everything was systematically and simplified for foreign investors. It is as easy as you can do with consulting firms or even yourself.

If you want to learn the details of citizenship and real estate investment transactions, visit our page. 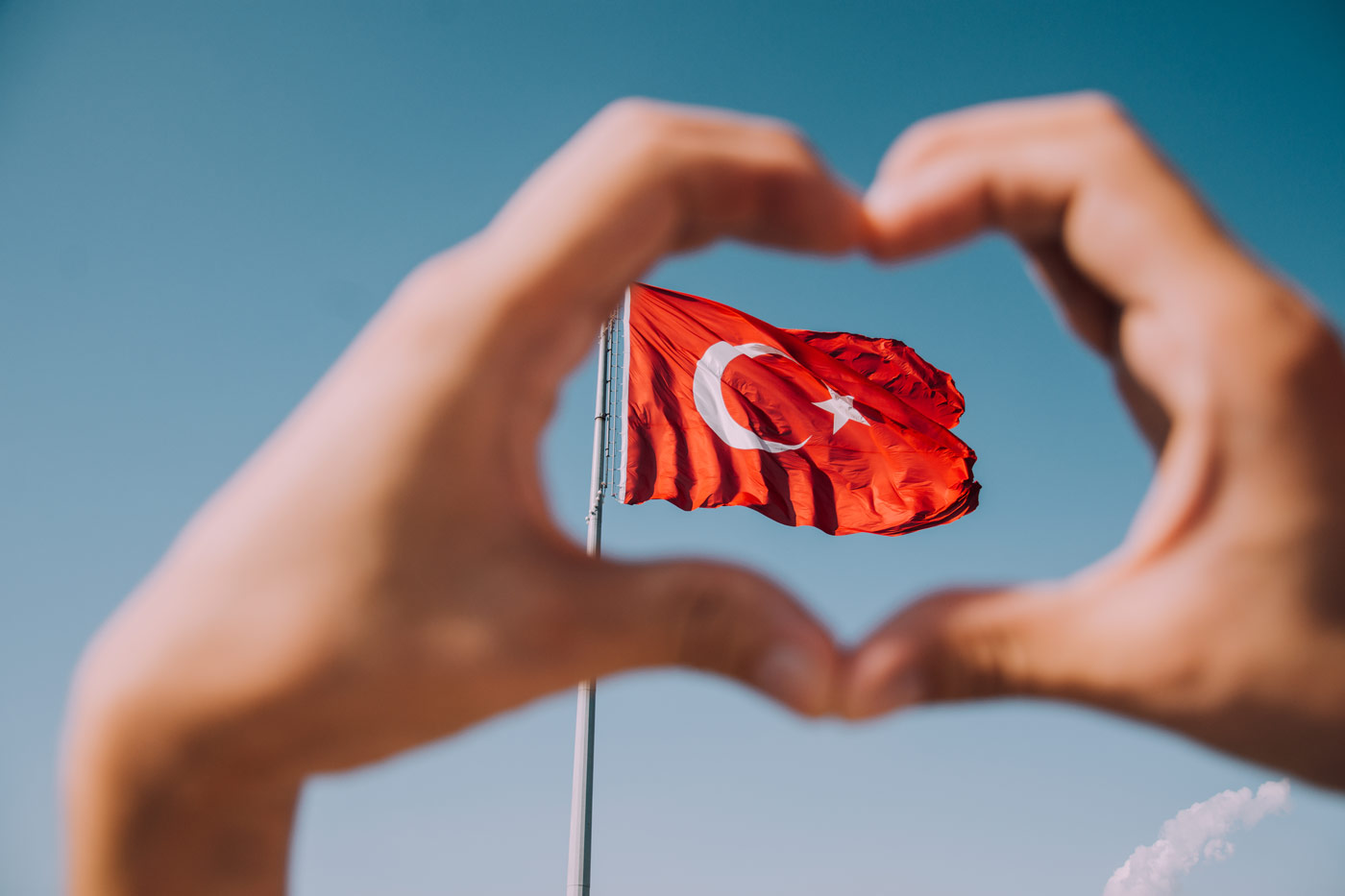 Real estate investments will accelerate in 2022!

The real estate sector, which spent two years stagnant due to the pandemic, is preparing for new investments in 2022. Sector representatives say that new projects will be implemented this year.

2021 was a year in which costs and housing prices in the sector increased rapidly due to price increases in construction materials. There was a serious slowdown in new investments with both cost increase and Kovid effects. On the other hand, the sector year ended with records.

While 178 thousand houses were sold in November, the highest monthly sales figure of the year, 1 million 265 thousand houses were sold in 11 months. At the end of the year, it is estimated that the figure reached 1.5 million and a new record was broken. With the motivation caused by the overlapping records and the decline in exchange rates, the housing sector players are starting the year 2022 with more hope. The button was pressed again for investments.

With the sale of housing to foreigners; There are investors who predict that 2022 will be closed with a sales figure of over 75 thousand. In the sale of investment houses, the foreign currency equivalent of this is approximately 10 billion dollars, together with the related sectors. We hope that with the support to be made in order to reach our potential; In 2022, the sales figure to foreigners may exceed 10 billion dollars. We can say that it will go even higher with the promotion activities and supports to be carried out abroad, and the planning and process management to be carried out in the country. The important thing here is to introduce our country, which is worth living and investing in, in the most accurate way.”

The information used in this program has been obtained from reliable sources, and Property Turkey Istanbul site and/or the author/shareholder cannot be held responsible for any direct and/or indirect damages incurred by investors and third parties as a result of using the shared information, due to any errors/deficiencies in the sources.

Would you like to read our other articles on this topic?

CLIK FOR ALL INVESTMENT PROPERTY OPTIONS